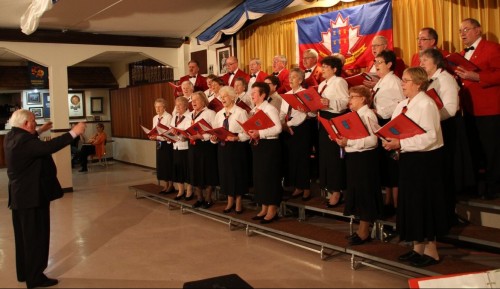 The Transylvania Choir consists of 45+ members ranging in age from 20 – 80+. They are a member of the German-Canadian Saengerbund and have made 4 tours to Europe to perform in Germany, Austria and Romania. They have performed their varied repertoire of both German and English folk songs as well as religious hymns throughout Ontario and the USA. at concerts, homecomings, anniversaries, council meetings and church services. This group was one of the first sub-groups to be founded in the 1950’s and is still very active and involved in club life. The highlight of their year is their annual spring concert, to which guest choirs are invited to perform. The Choir meets Monday evenings at 7 pm for regular practices. The Musical Director is Mr. Dieter Conrad and the Choir President is Mr. Gerhard Griebenow.