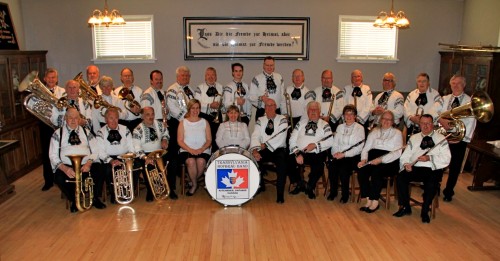 The Transylvania Hofbrau Band is a brass band made up of members 19-75 in age and rehearses on a weekly basis. The band has been entertaining us for over 50 years. They have performed throughout Ontario as well as in the musical tours of Germany, Austria and the United States. They play a variety of German folk songs, classical, marching and dance music. Over the past 50 years they played at the first Oktoberfest, have produced a record, a video as well as participated in a special feature production for Rogers Cable Systems. Their director is Andrea Emrich.