A Brief History of the Transylvania Saxons

The Transylvania Saxons’ history is rich with culture and interest. Transylvania is a province in Romania, encircled by the Carpathian Mountains and Transylvanian Alps. In 1141 A.D. the King Geisa II of Hungary promised generous portions of land and special privileges to the German (Saxon) people of the Rhine and Mosel regions, if they would settle on his land. The Saxons who are a hard-working, determined and proud people, gathered their families and emigrated to Transylvania, to become farmers and landowners. They inhabited half of the province as many small villages were built up. In 1224, the King’s grandson, King Andrew II granted the Saxons the “Goldener Freibrief” the right to establish their own church. This has been described as the “oldest democratic constitution in Europe”. Each village then developed its own dialect of the Saxon language, traditions and costumes. The first Transylvanian Saxons immigrated to North America at the end of the 19th century and another wave came in the late 1920’s. Near the Second World War many were forced to leave their homeland, their belongings and families behind and flee the intruding army. Many made their way to Germany and Austria. In the 1950s a large number eventually immigrated to Ontario.

The following is a transcript from a speech by former club president, Hans Gross, at the 50th anniversary celebration of our club.

Within the 50 years of our Club’s life, there are three distinct phases with each phase spanning approximately 15 to 20 years.

The first phase starting in 1951 represents the founding of our Club by our families who immigrated to Canada with very little in a materialistic way, but were very rich in memories. They were filled with the willpower and the tenacity to make Canada their new homeland. They brought along and re-established our culture, our language and our spirit and set about to reassemble their lives and their families. Thus the first clubhouse was born.

Up to 1951, the Sick Benefit and Death Benefit Fund Group and the Ladies Auxiliary Group existed as individual organizations but they all met regularly at St. Peter’s Lutheran Church where there was mutual participation in all manners of cultural activities. 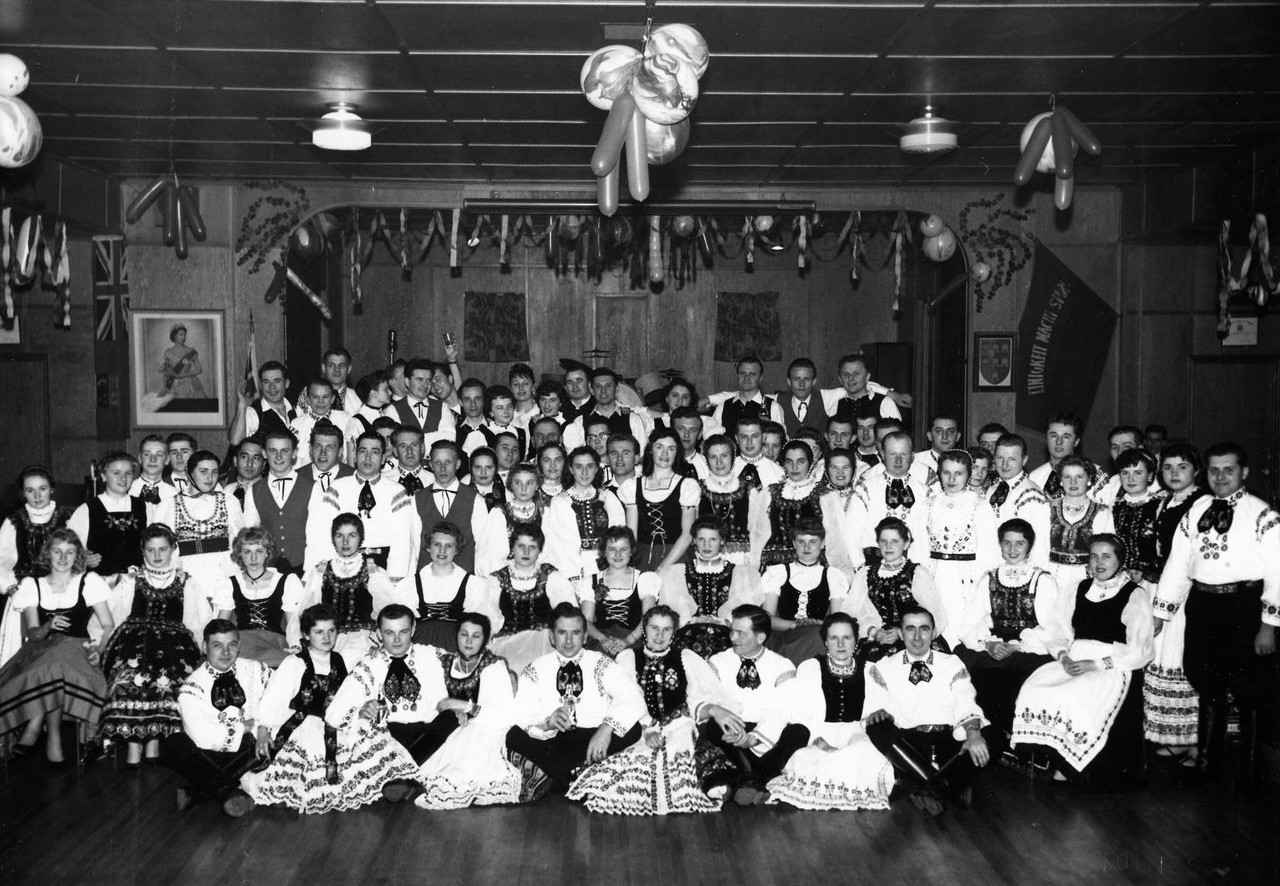 They wanted to form one group and thus, on September 21, 1951, they legally formed the Transylvania Club of Kitchener. The first directors of the corporation are listed in the Letters Patent as:

In 1953, a warehouse which existed on [the site at 16 Andrew Street], was purchased and renovated at a cost of $67,747 with a hall capacity of 584 persons. Bonds were sold to members to raise cash, every member paid a $50 membership fee and every member was required to work on a voluntary basis. 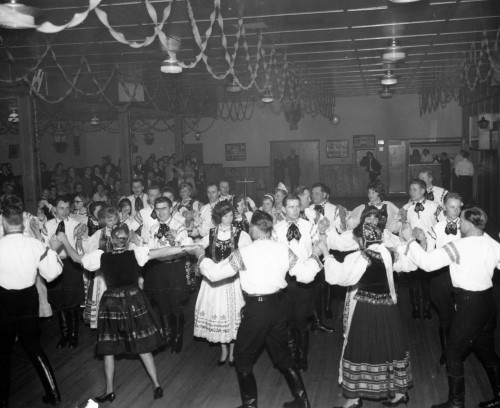 One of our greater successes was the establishment in 1959 of a German school in our club where we, as students, attended class on Saturday mornings. In those days, teachers had a fair bit of freedom to deal with class discipline and were very liberal in its use. There was no provincial or other funding available at the time, rather it was the responsibility of each of the parent s to support the school. Even though the learning materials, supplies and surroundings were rudimentary, we are very thankful for the sustained efforts and commitment of the teachers, who gave freely of their time to ensure the preservation of our mother-tongue.

We are thankful to the Presidents, Directors and Club Members who, during this first phase, exhibited great ambition, foresight and fortitude in the establishment of our culture and our values in our new homeland.

The second phase, starting approximately in 1968, witnessed a lot of growth in our club assisted by a healthy economic climate and by the realization that our memories of our homeland were very much better than the daily realities faced by those who had remained in Transylvania. This second phase of our Club’s life cycle saw continued financial support of those families, relatives and friends remaining in Transylvania and in the construction of the new club house which you see here today.

In 1969 we participated in the very first Oktoberfest and were proud when our own Miss Transylvania, Christine Orendi, was crowned Miss Oktoberfest. After many years of discussion and planning, our new clubhouse was opened in March 1973 at a cost of $525,000, part of which was borrowed from the bank and part from our own members. In 1974, due to a change in banking attitudes, there was a concentrated effort to pay off a $353,000 bank loan. The Transylvania Club members took over the mortgage and an appeal was made to all members to again return to voluntary, instead of paid, work hours. For those Presidents, Directors and Members who, during the second phase, pursued and supported the growth of and improvements to our cultural activities and our club structure, we express our thanks and appreciation.

The final phase, starting in approximately 1983 reflects the maintenance of our clubhouse building; steps to increase our membership; revised club statutes to reflect current legislation; a revised business plan and structure to meet the demands of the hospitality industry and to remain competitive recognizing that a healthy business is necessary to support our cultural needs; and continued support of our cultural activities in the face of a changing economic climate, changes in cultural attitudes and a more complex and fast-p aced society which offers instant entertainment and gratification. It has also seen an increase in the Transylvania Club’s participation within the community, such as support of the Regional Food Bank and hospitals, fund-raising for the Heart & Stroke foundation and other charitable organizations and the performance of our choir at the Centre in the Square, at the opening of the new City Hall, and at the opening of Council meetings just to mention a few.

What will the next 10 or 15 years bring us as we start the 21st century? What will happen to our club, to our customs, to the many beautifully familiar songs, to our traditional Saxon cuisine? How long will the accomplishments of our parents, and grandparents and our language remain intact? How long will their characteristics and work habits remain in our minds and memories as examples for us to follow?

The answer is that it is up to us! In Canada we have the freedom to choose to continue our own cultural existence. Maybe one small way of remembering and maintaining our heritage, the stuff we are made of, is to teach our children the meaning of the flag of our Transylvania Saxon origin; red representing stability, courage and endurance and blue meaning stamina, loyalty and tenacity.